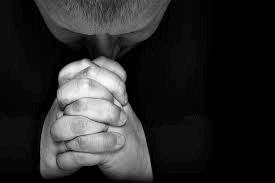 Obsessive-Compulsive Disorder (OCD) is a debilitating neuropsychiatric condition that can result in significant distress and daily disruptions for those affected. When people think of OCD, certain habits often come to mind first: compulsive hand washing, checking, counting, cleaning and checking again. If you can think of OCD in terms of froyo flavors, these behaviors would be considered garden variety vanilla. This is because OCD can manifest in a range of subsets, many of which are not as easily recognizable as obsessive behavior. Let’s discuss a few subsets of OCD.

Scrupulosity is a subset of OCD that results in profound feelings of anxiety and guilt related to religion, beliefs, morals and ethical failure. Many people consider their spirituality and religious practices their life purpose. This subset can haunt people of numerous religions – and even those who do not affiliate with a religion – causing them to doubt their self-worth, faith, and spirituality. Ultimately, those affected by Scrupulosity attempt to follow specific rules or doctrines closely and view their unwanted thoughts and tormented behaviors as a direct violation of their spiritual beliefs. A few examples of common obsessions associated with Scrupulosity are:

Relationship OCD: You Found “The One”… or Maybe Not?

Relationship OCD (ROCD) is a subset of OCD that gives an entirely new meaning to the term “cold feet.” While it is natural for couples embarking on marriage to feel anxious and sometimes hesitant about making a life-changing decision, those suffering from ROCD deeply obsess about the true nature of their love for their partner. This commonly arises in otherwise healthy relationships (so as you may have guessed, it’s often misdiagnosed) and can be damaging enough to impact the long-term stability of the relationship. A few examples of common obsessions associated with ROCD are:

Harm OCD is a subset of OCD that involves intrusive, violent thoughts. Those affected often catastrophize their unwanted feelings, leading to the belief that they are violent, irrational, and unsafe to be around. They often feel guilty and unpredictable, so to ensure the safety of others, they turn to the avoidance of social gatherings or being around loved ones. A few examples of common distortions associated with Harm OCD are:

Contact us today for more information on how we can help.