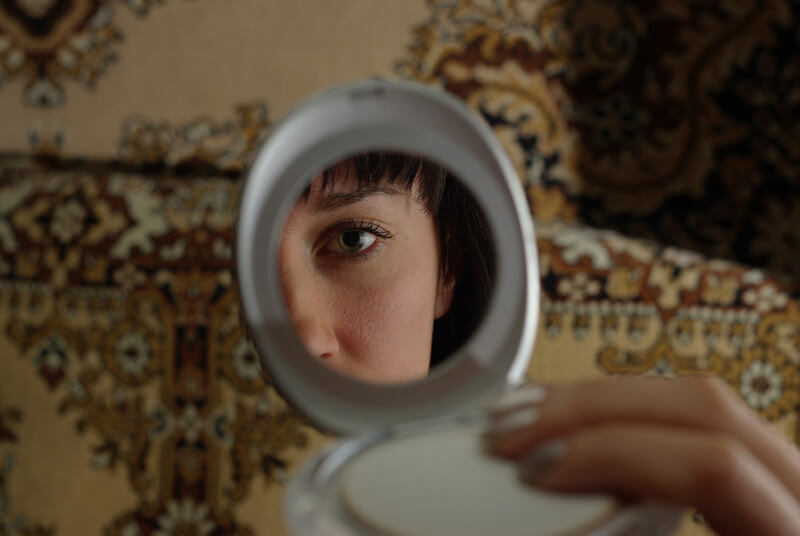 Body Dysmophic Disorder (BDD) is a debilitating psychiatric condition characterized by an unhealthy preoccupation with a self-perceived flaw(s) in one’s physical features, such as nose, hairline, chin, forehead, arms, ankles, thighs, penis size, buttocks, and stomach. Individuals with BDD often believe these physical flaws are highly noticeable, but others may be unable to see the defects or believe them to be only slight. Please note that BDD differs from eating disorders in that the latter involves a preoccupation with one’s weight and eating, rather than specific body parts.

Much like individuals with obsessive-compulsive disorder (OCD), individuals with BDD engage in time-consuming and upsetting ritualistic and avoidance behaviors in an effort to cope with their distress. For example, they may apply excessive makeup or wear baggy clothing to camouflage the self-perceived flaw(s). Many with BDD also check mirrors repeatedly, seek reassure about their appearance, compare themselves to others, change clothing multiple times per day, and engage in excessive exercise. Avoidance behaviors range from skipping certain activities that might reveal the self-perceived flaw (e.g., avoiding the beach if preoccupied with one’s stomach), to complete house confinement (i.e., agoraphobia).

Muscle dysmorphia is a type of BDD involving a preoccupation with muscle mass. Individuals with muscle dysmorphia are typically dissatisfied with their size, despite appearing muscular to others, and feel compelled to compensate by carrying out problematic behaviors, like exercising excessively and exploring performance-enhancing substances.

While many individuals exhibit body image worries, it becomes a problem when the concerns cause significant distress or impairment in functioning.