The Power of Paying It Forward: How Giving Can Change You 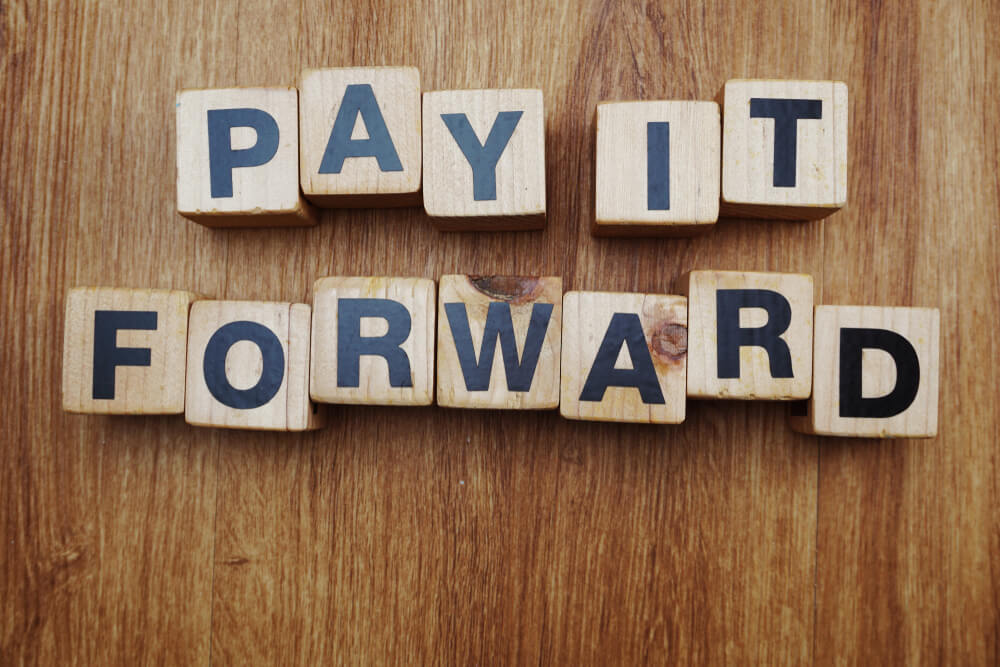 If you’re like millions of Americans, the transition from Thanksgiving to the holiday season means one thing—gift giving! While giving gifts can be very fun (and they are always nice to receive), paying it forward can give you surprising tangible and intangible benefits.

It Makes Us Happier

Paying it forward with our money can actually increase our happiness according to a 2008 study. The study found that spending more of your income on gifts and assisting others predicted more happiness, and participants who were randomly told to spend money on others felt more happiness than people who were told to spend the money on themselves. In many cases, giving to others feels better than giving to ourselves.

It Helps the World Around Us

It might feel indirect, but paying it forward also helps the world around you. Many organizations in our communities, like food pantries, rely on others giving out of the kindness of their hearts to stay open. While you might never see or meet the recipient of the canned food or coat you donated at the drive, it helped to keep someone else fed and warm during a hard time.

It Boosts Our Mood

One landmark piece by Allen Luks in 1988 found that people who volunteered consistently had better health than others in their age group and that their health began improving after their volunteer work. During the study, many participants reported physical and emotional changes as a result of volunteering, including feeling stronger, having more energy, improved self-esteem and fewer aches and pains.

Paying it forward, even without spending a dime, can also bring us together and help our own mental health. One study of those struggling with alcohol addiction in the Alcoholics Anonymous program who were assigned to help others found that they were almost twice as likely to stay sober a year later. Helping does not just help the person that we think of as being helped; it can also reinforce our values and make us feel better through a connection with others. Even if we are imperfect and also in need of assistance, like those struggling with alcohol addiction in the study, giving unto others can improve our lives.

Improve Your Mental Health Through Paying it Forward With CBT Baltimore