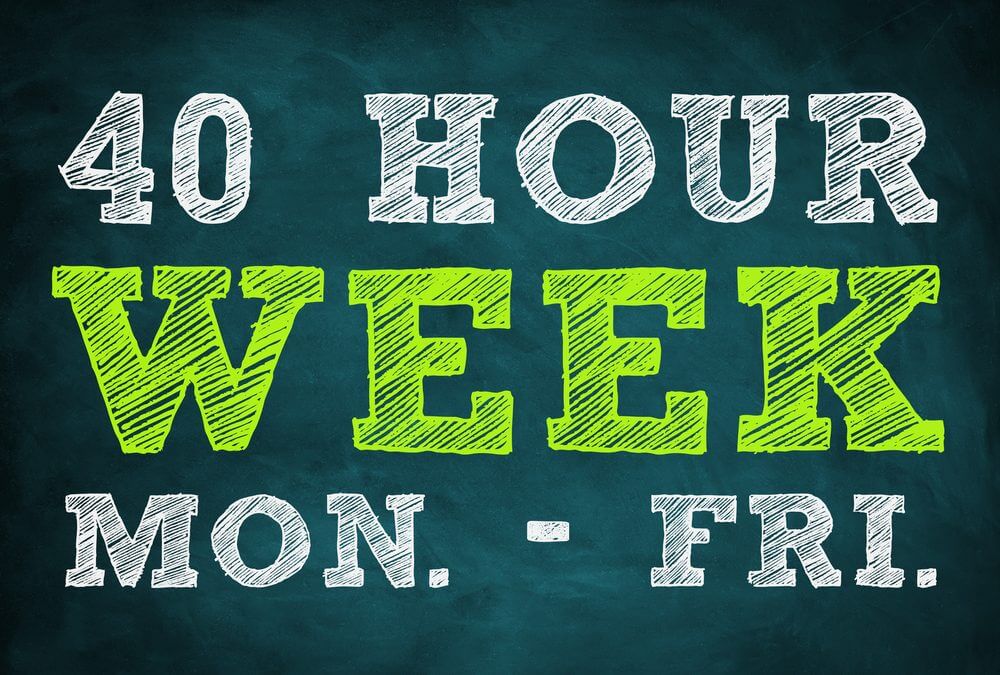 Labor Day serves as a reminder of the workers who have come before us and worked for better conditions on the job and a better work week. While the 40-hour work week is standard in the world today, how has it changed over time, and how has it impacted our mental health?

How the 40-Hour Work Week Evolved

In 1817, labor unions and activists started to push back against the 80-100 hour work weeks that were becoming standard after the Industrial Revolution. It took decades for actual change to occur, as the first law solidifying 8-hour work days was not passed until 1869. That law, passed by President Ulysses S. Grant, required 8-hour work days for government employees. This change led to private sector workers and unions to push for the same standard. It became more accepted in the mid-1920s, when Henry Ford popularized the 40-hour work week. Finally, in 1940, 40-hour work weeks became the law in the United States.

Numerous studies show that 40-hour work weeks are much more effective than longer ones, and they lead to an increase in productivity, worker physical health and worker mental health. While today many businesses are looking at trimming the work week even further to maximize productivity, working more than 40 hours has been shown to be too stressful and detrimental in the long run.

The 40-Hour Work Week and Our Mental Health

Many of us are now feeling pressured to work more than 40 hours a week, whether it’s “side hustles” that turn into 20-hour-a-week projects or driving for Uber on the weekends. However, sticking to 40 hours a week can have serious mental health benefits. Studies have found that working too much can make workers more tired, which leads to a decrease in productivity, an increase in resentment, poor sleep and an increase in developing conditions like type 2 diabetes and heart disease.

40-hour work weeks can lower stress and anxiety levels, and also increase the amount of time that we have to pursue mental health-boosting activities, like spending time with friends and exercising. One revolutionary study, aimed at gauging the dramatic shifts that might happen due to VR and AI, found that slashing a 40-hour work week with mixed productivity into an 8-hour work week free from meetings and extra fluff reduced mental health issues by almost one third. What do you think the future holds for work?