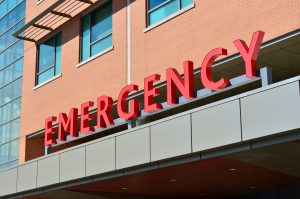 As every individual with OCD knows, compulsions never arise as something inconsequential that can to be easily brushed off or ignored. Compulsions, by nature, feel urgent.

Think about it, if you can easily put off:

– checking to see if you left the stove on,

– analyzing your bodily sensations to determine who you are attracted to,

– fixing the lopsided placement of your glass on the table,

for a month, you probably do not have OCD. And as such, the feeling of urgency is a key component of the obsessive-compulsive cycle.

Urgency is a crucial part of our brain’s alarm system. Historically, the system, also known as the fight or flight response, has served us well by helping us react appropriately to threatening situations. For example, if you are being stalked by a Sabre toothed tiger, you need to put your mammoth steak on the back burner and deal with the large feline about to sink its fangs into your face.

However, the alarm system backfires on those of us with OCD. As soon as we label a thought, feeling, or urge as a threat, it becomes seemingly impossible to return to a state of homeostasis , that is, until we do something (a compulsion) to rectify the situation. Since no one enjoys being uncomfortable or anxious, the sounding of the alarm gives rise to the urgency that is oh-so-familiar for those of us with OCD.

As a rule of thumb, you don’t need to answer to your thoughts, feelings, or urges (or the “council of doubters,” as I like to call them) RIGHT. THIS. SECOND.* It is perfectly acceptable to let them be without trying to ascertain any certainty about their meaning. The longer you can “put off” performing compulsions, the more you will learn that you have a choice in responding to feelings of urgency.

You deserve to live life on your own terms. So take a step back and let OCD know who’s boss by living your life according to your values, not feelings of urgency. As they say in my favorite musical:

“Raise a glass to freedom;

Something OCD can never take away;

No matter what OCD tells you”

If you live in Maryland and are ready to start the process of taking back your life from OCD, call us to schedule an appointment! We have clinicians that specialize in treating OCD using Cognitive Behavioral Therapy and Exposure and Response Prevention.